Michael Mackmin was born and grew up in and around Croydon. After living in Exeter, Leeds and Newcastle upon Tyne he came to live in Norfolk in the late Sixties, in a tumbling down old farmhouse with an acre of land, with his then wife and his two daughters. The self sufficiency/writing/making pottery dream became, if not a nightmare, something sorely troubled and he went to live in Norwich.

He pulled himself together with the help of Gestalt Therapy and trained as a Gestalt therapist: while doing this he invented, with John Wakeman and Jenny Roberts (and a still anonymous benefactor who paid the printing bill for the first issue) The Rialto, which has now been running successfully for well over thirty years.

He started writing poetry at school and was first published while at university. At Exeter he was involved in the launch of the Exeter Review. While living in North Norfolk he helped start Air, a small 1970s poetry magazine.

His first collection, The Play of Rainbow, was accepted by Cape while he was living in Newcastle. A pamphlet, Connemara Shore, came out in 1978 (there’s currently one copy on Amazon) and has had two pamphlets from HappenStance. But his second collection is the one to go for: its central preoccupation is that age-old, impossible, painful, joyous, maddening paradox − love. 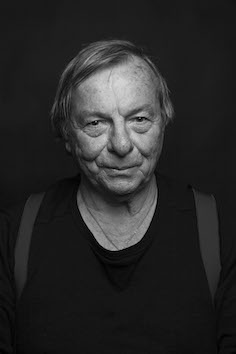